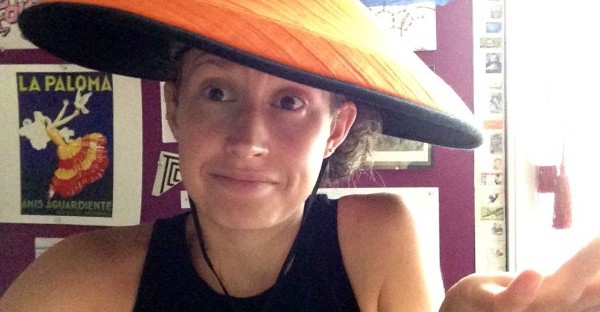 Yesterday I arrived in the unnamed portion of Ohio that I called home for fifteen years of my life. If you’re wondering, it’s not “unnamed” because I’m trying to protect my privacy; it’s unnamed because it’s a vast expanse of suburb that quite literally has no name. We’re not quite Loveland (unfortunately. Can you imagine living somewhere named love-land?) and we’re not quite Mason (because Ma$on is fancy). Kings is the school district but technically Kings is the tiny little neighborhood directly surrounding the Junior High and High School. And my mailing address might be Maineville, but Maineville is really a few miles north.

But that’s neither here nor there. The point is: I’m home!

Being home means eating good food, getting lots of hugs, and playing with the family dog. For a neurotic person like me, it also means cleaning out the closets that I haven’t seen in six months. During this round of the Bi-Annual Laura Wooley Clean-a-thon, I found all kinds of treasures that I had completely forgotten about. And so, without further ado, I present:

This tube of chapstick was a Christmas present from my brother. Knowing how much I love pickles (i.e. not at all, thanks to trauma inflicted upon me by my cruel but well-meaning grandparents), he invested in this lovely gift from an Etsy store. While I still haven’t opened it, I’m holding onto it so that I can give it to a family friend who hates pickles as much as me and has been known to surreptitiously stop waiters after we’ve all ordered to ask for an extra side of pickles on my plate and has mailed me pickle-scented pencils and pickle-shaped Christmas ornaments. 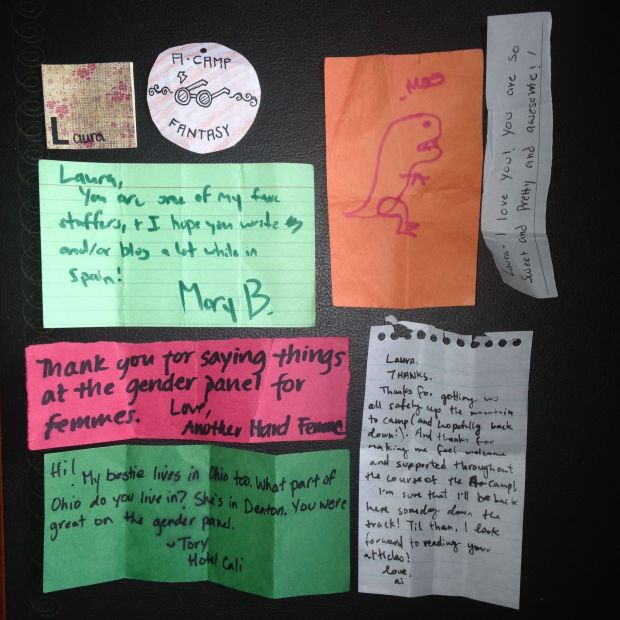 I still don’t know who the mooing dinosaur is from

While unpacking my suitcase this morning, I found a little stash of notes from my pigeon hole at A-Camp. It made me mountain-sick and really happy that it’s looking more and more likely that I’ll be able to make it to the next camp.

Once upon a time, I ordered this t-shirt from the Internet. It made me laugh like the proverbial drain and so I wore it a lot even though it was pea green and one of those horrible “ladies fit” tees that don’t actually fit any lady I’ve ever met. After coming to terms with the fact that I was the only one who laughed at my t-shirt and deciding that it was really too ugly to wear, I turned it into a throw pillow. It still makes me laugh. 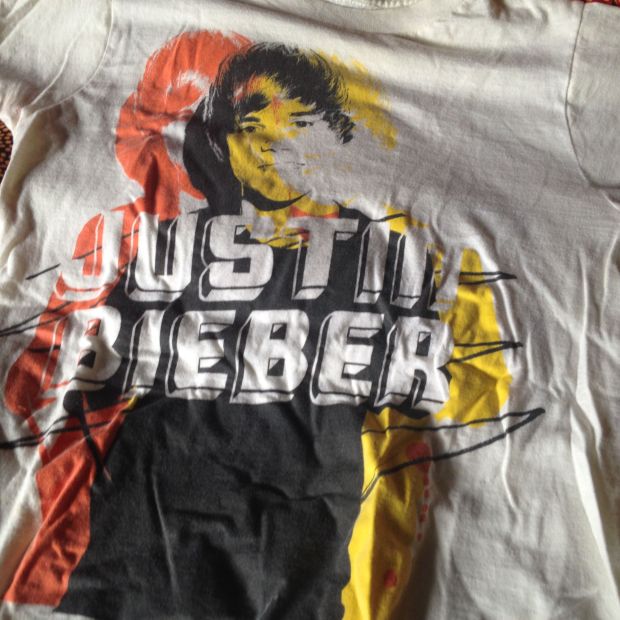 Here’s another t-shirt I bought myself. Unlike my chairMaury shirt, this one always fit me well and still looks really cute which makes me even more flustered that Justin Bieber has decided to become the King of Idiots. I’m saving it so that I can sell it on the Internet for $9,000 in fifty years.

I have no idea who gave this to me but I think it’s really special and I wanted to show it off. Isn’t it pretty?

Fun Fact: There is no 14th Street in Philadelphia

To be honest, I don’t really think “Hipster or Gay” was really a question of mutual exclusivity for me in May of 2010. Even so, I posed for the cover story of Temple’s newspaper’s magazine about this very dichotomy. I still really dig my outfit (minus the safety pin which I so hiply pinned to my front right belt loop because I was so hip) and kind of wish I hadn’t gotten rid of that flannel shirt. 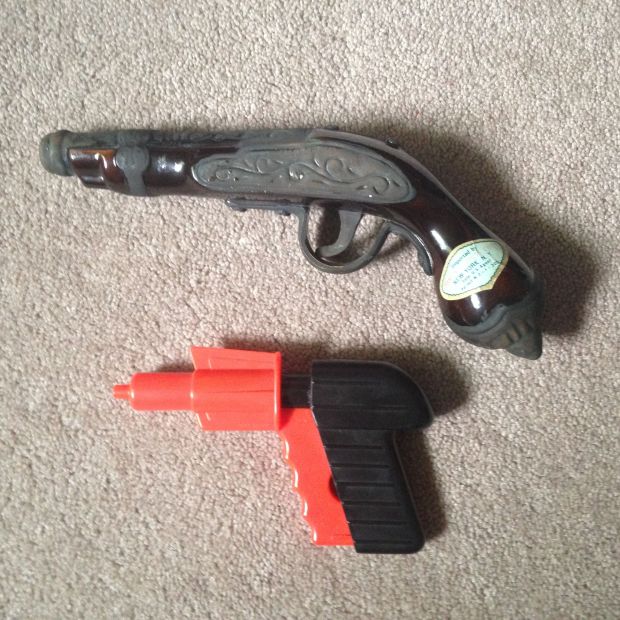 Exercising my right to bear arms

My two guns are also a present from my brother, who is the best gift-giver in all the land. The top gun (ha?) is actually a flask. While it’s really pretty, I can’t help but think it’s slightly useless because who has ever been anywhere where guns are allowed but alcohol is not? Probably somewhere in Texas.

The bottom gun is a potato gun. Not the kind made out of PVC that you spray hairspray into and then light on fire (please tell me that you’ve have heard of this kind of gun and it’s not a hillbilly thing that only Ohioans make) but the kind that you punch into a potato and then squeeze to shoot little tiny potato pellets at your enemies. 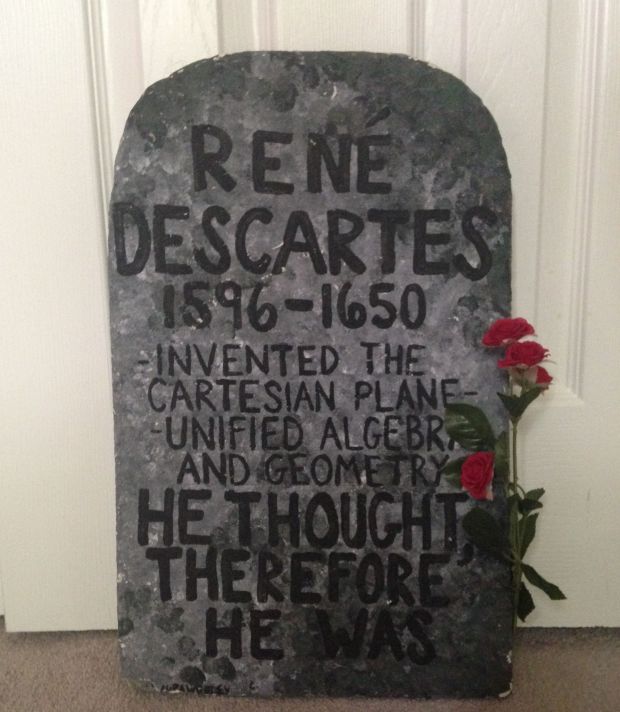 For some reason, we had to make headstones for famous mathematicians in my tenth grade math class. I picked Descartes and proceeded to spend too many hours using styrofoam, clay, and paint to make the most realistic grave I could. Isabella, if you’re reading this: I still remember you making fun of my epitaph but don’t worry, I have forgiven you.

I don’t know either

I fell in love with this ridiculous hat whilst on vacation in Denver when I was twelve. It’s called a chillba (because a stupid hat should have an equally stupid name) and I bought it for 30 of my hard-earned dollars. In case you were wondering, it’s waterproof so that you can use it to protect yourself from sun AND rain. Don’t worry, Kavu still sells chillbas on their website (for the low, low price of $45 + s&h) so you can go buy yourself one right now. I’m obviously saving this hat so that I can wear it and embarrass my future children.